With the data now published, we’ve undertaken an analysis of badger cull figures for 2019.  Click here for the government’s release of the main cull data and here for the supplementary cull data.

The original 2019 overall minimum target of badgers to kill was 37,482 with a maximum target of 64,400.  After 28 days of culling the minimum and maximum targets for areas 11 – 43 were revised. 26 of the 32 areas had fallen well short of their minimum targets and the targets were significantly reduced by 53% overall.  The maximum targets were also significantly reduced by 70% overall. This demonstrates how inaccurate Natural England’s badger population estimates continue to be and does not give any confidence that there will not be local extinction as a result of over culling.

Only 9 areas completed culling by the end of 6 weeks, the rest took much longer with 5 areas requiring a total of 55 days.

Once again, the percentage of badgers killed by ‘controlled shooting’ rose from 63.63% in 2018 to 70.35% in 2019.  It is widely acknowledged, including by the British Veterinary Association, that this method of killing badgers is inhumane, yet this method continues to increase.

On 5th March the Government announced it would phase out its intensive badger culling strategy and move more towards non-lethal interventions, such as cattle vaccination and increased use of badger vaccination.  Although there is a light at the end of the tunnel for both badgers and cattle, sadly very many more of both species will continue to be killed needlessly in the next few years. 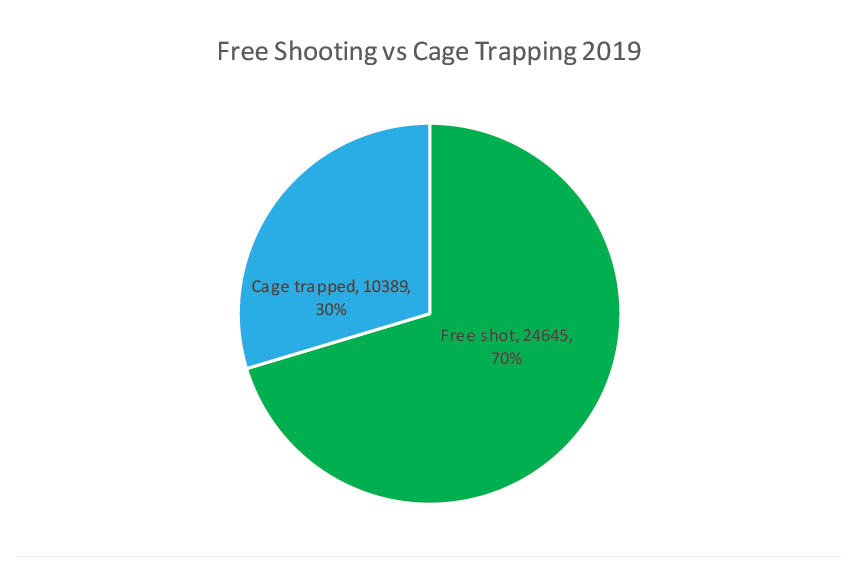 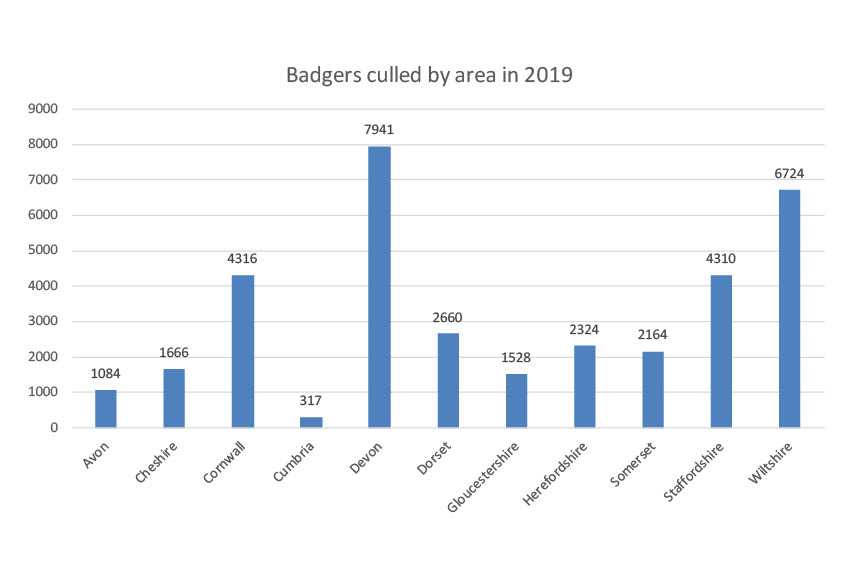