There was some good news in June 2020 for a lucky Yeovil badger cub.

Spotted by a lady and her family lying at the side of the road near Yeovil, the family stopped to check it and found it was still breathing.

After ringing our 24/7 helpline on 07850 604585 and getting advice from our operator, the family was able to safely rescue the cub and care for it until one of our volunteers arrived.

It was in a dreadful state, soaking wet, unable to move and very underweight at 1.75 kg.  The cub was taken to RSPCA West Hatch where it was touch and go.

After sixteen days rehabilitation at RSPCA West Hatch and against all the odds, the cub was well enough to go home.  It had become pretty feisty during its recuperation too.

The cub did not hang around at the release site and took off through the potato field.  Another happy customer!

This story highlights the importance of checking on badgers you may see lying at the side of the road.  As long as it’s safe for you to do so, you could literally be the difference between life and death.

The photos below show the cub in a release cage awaiting its freedom, and then its fluffy tail disappearing underground as it goes home! 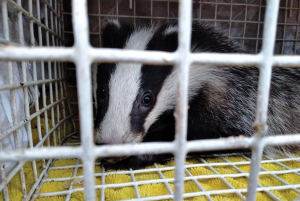 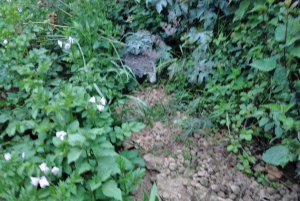 Rhubarb and Custard
Scroll to top